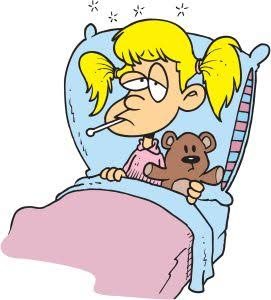 When it comes to paid sick leave entitlements, Australian employees are doing better than their counterparts in the United States.

But in the US, there’s no federal requirement for paid sick leave. And even in countries like Canada, where leave is provided, payment does not start from the first day of illness.

New Zealand
Most employees receive a minimum of five days’ paid sick leave per year after the first six months of continuous employment and an additional five days’ leave after each subsequent 12-month period. The leave can be used when the worker is sick or injured, or when their spouse or a dependent is sick.

United States
There are no federal legal requirements for paid sick leave, but companies subject to the Family and Medical Leave Act are required to provide unpaid sick leave. The act provides for up to 12 weeks of unpaid leave for certain medical situations for the employee or a member of their immediate family. Workers are eligible for unpaid sick leave if they have worked for their employer for at least 1,250 hours over 12 months.

United Kingdom
Workers may be eligible for Statutory Sick Pay, which is paid leave for up to 28 weeks. Companies can offer more leave under their own sick pay schemes, but they cannot offer less.

Most countries in Central Europe have compulsory Health Insurance.  This is paid by the Employee (but nothing like what happens in America) so depending on the policy staff can have as much as 6 Months paid sick leave.